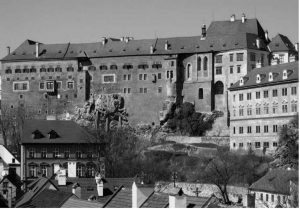 The history of preservation of historic sites and buildings has been affected by continuous changes and development of views on methods of protection and restoration of architectural heritage. The reasons for these changes in the conceptual approach can be found in the constant transformation of social and economic situation, the impact of ideologies and politics, the cultural level of society, and also in scientific and technological progress. Paradoxically, a high degree of synthesis of knowledge and a wider range of possibilities offered by technological progress in the 19th century resulted in the loss of original works due to the effort to present the most valuable cultural layer, while replacing the original works with their copies and destroying or transforming historic structures in favour of new aesthetic canons. The irreplaceable loss of the original substance has placed the authenticity of the cultural phenomenon on the highest level of the imaginary value ladder. In the 20th century, the concept of preservation of historic sites and monuments has been influenced by modernism and postmodernism, but the most notable impact has been left by the experience with the two world wars that radically reduced the historic building fund in Europe. Today’s conservation and restoration of sites and monuments are based on international conventions and documents about the protection and restoration of historic architecture; and through the relevant institutions, the basic concepts of heritage preservation have been developed. They are based on established methodologies, though the generalised application of these principles is not a success and satisfactory answers are not available for difficult challenges of the day—such as the completion of the settlement around the Bratislava castle’s hill. The correct definition of the historic sites and monuments restoration concept depends on all the parties involved in the restoration, whether they can identify the factors influencing the choices as objectively as possible, and determine their level of importance. However, the exact assessment of cultural and historical value of the architectural work, its correct interpretation and true presentation are an essential prerequisite. Properly chosen concepts must be preceded with the preparation of alternative solutions and critical selection of the most appropriate one. Most determinants of the concept are temporally and socially variable over time, so the only “true-false test” is the realisation of the restoration and its evaluation from the perspective of the next generation.