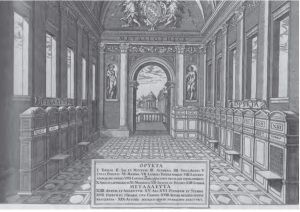 As museum concepts we consider unrealised visions of museums or realised museums which brought exceptional ideas influencing the directions of museum architecture. Museum concepts have accompanied the museum since its begins or more precisely emerged even earlier when museum wasn’t a profiled autonomous type of institution and building yet and when partial problems leading to museum formation had been solved. First museum concepts by Ch. L. Sturm, E. L. Boullée a J. N. L. Durand aimed to define the museum as a new type of building and were looking for its form – functional structure and its expression. These concepts foretold the appearance of museum architecture for a long time ahead. Arrival of the 20th century brought occurring of critical theories of the traditionally formed museum. Critical theories of the museum in connection with new state of society, new sight on the cosmos and new state of architecture brought modern concepts of the museum of the first half of the 20th century by Le Corbusier, L. Mies van der Rohe and also a realised museum MoMA by P. L. Goodwin and E. D. Stone applying new sight on the museum which in a fundamental way influenced the direction of museum in the second half of the 20th century. The second half of the 20th century is also the period when the number of museum increased in an unprecedented way, with an extremely numerous group of museums of modern and contemporary art. Therefor the question – what do the artists, who more and more intensely influence the exhibition space design and whose demands are often overlooked by the architects, think of the museum of contemporary art? We can consider the museum concepts as an abstraction of the current state and indication of museums’ direction in future period. The examples of museum concepts show us the essence of ideas on what is a museum; keep track of the diversity of approaches characteristic especially for the contemporary museum, but also the common unifying motives of the museum since its formation until present days.