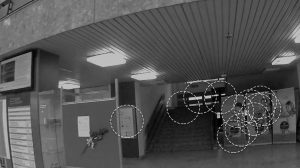 Architecture significantly influences health and well-being of humans because they spend most of their time inside. Poorly designed buildings may cause their users physical and mental discomfort which can lead to various diseases. Recent architectural studies as to how architectural composition affects humans were conducted on already completed buildings. Thanks to the technological progress it is possible to conduct architectural research that can help to quantify data from architectural environment during the design process.

Material aspects of our surroundings affect mental well-being of people and evoke emotions. It is a complex of perceivable parameters that shape the architectural quality of a place and it is related to the genius loci or atmosphere of a place. Physiological reactions of people to their environment tend to be mostly the same. However, psychological reactions are strongly subjective and influenced by a person’s background or culture. The multidisciplinary methodology of human-centred design which implements information from social, psychological and neuroscience research into architecture, urbanism and design has originated in the United States of America (ČEREŠŇOVÁ, 2017 p. 4). Significant discoveries in the field of neuroscience that focused on spatial perception established a basis for interdisciplinary scientific research in neuroscience, architecture and other sciences. Scientists such as Epstein, Harris, Stanley, Kanwisher, O’Keefe and the Mosers have extensively explored this topic. Their research has led to reviewing of old topics using a new approach and neuroscientific tools like video-oculography, electroencephalography or galvanic skin response.

The video-oculography or eye-tracking has recently been used in many studies focusing on the interaction between man and computer, marketing strategies or in cognitive science. The main advantage of this technology is the possibility to measure visual concentration, subconscious reactions and aesthetic preferences. Most studies are conducted using the method of concentrated observation of an area of interest – which might be a specific phenomenon or a product. Until recently, the methodology was irrelevant and could not be used for architectural research because the area of interest is primarily architectural space, which needs to be experienced personally or simulated by immersive methods. Due to this fact only very few architectural studies have used video-oculography. Other reasons for the limited use of video-oculography were uncomfortable weight and size of the equipment, low reliability, inaccuracy of results and insufficient software support in data evaluation. Significant progress in video-oculography and development of video-oculographic equipment enabled minimizing the size and weight of gadgets to take the form of comfortable glasses and to create intuitive and user friendly software.

The experiment, with its main goal to identify common fixation of visual perceptions in all respondents, was conducted during the winter semester in 2018, in the course named Universal Design at the Faculty of Architecture, Slovak University of Technology in Bratislava led by associate professor Zuzana Čerešňová. The research with a static video-oculograph confirmed hierarchy of visual interest areas. The finding that respondents did not concentrate on elements of architectural space such as staircase treads was possible thanks to non-immersive representation of researched space. To avoid simple verifying of gestalt psychology in this architectural research, it would be necessary to increase the immersive aspect, e.g. with virtual reality or through experimental research. It is questionable whether the current technology is advanced enough and whether results of the experiment could be sufficiently relevant for practical application.