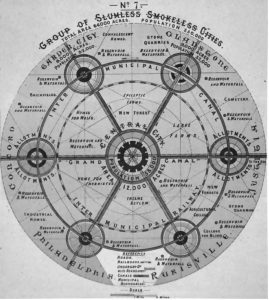 The growing concentration of urban population has presented the opportunities and challenges concerning possible alternatives of sustainable development in the future. Despite plentiful historical evidence of the fact that the towns represent the principal driving force of innovation and economic growth, the quantitative theory of predicting the understanding of their dynamism and organization, and the estimates of their future trajectory still remain obscure.  The towns represent complex systems consisting of various subsystems. The size and shape of the towns are well defined benchmarks for the law of intensive competition concerning the place and the area, and therefore it is important to develop and expand integrated theories of the town growths combing urban economics, transportation systems (infrastructure) with other factors in order to understand them better.

This paper focuses on some specific features of the street networks in the towns, describing the methods and analyses, and deals with the fragmental urban growth not only from the spatial but also from a system’s point of view. Professionally, it relies on the three theories and a partial research carried out in the selected cities in Slovakia, with the follow-up synthesis of the information and knowledge obtained.

The definitions found in the book Focal Supporting Systems (Ťažisková nosná sústava) by Prof. Tibor Alexy (1999) present the central theory further expanded by the  information published in The Backbone of a City by S. Scellato, A. Cardillo, V. Latora, and S. Porta (2006). Quite an important role in the process of the study was also the theory of urban growth explained in Growth, Innovation, Scaling, and the Pace of Life in Cities by Geoffrey B. West et al. (2007). Based on this theory, the values calculated mathematically were compared with the values determined through a geometric analyses of the cities evaluated in the partial research.

The resulting data are quite interesting; they point out to the fact that urban areas in Slovakia demonstrate certain faults, which shows us that:

The general consequences are, quite naturally, already well known. However, despite the consequences, it is urgent to seek for the ways out the situation and for relevant answers to questions concerning the ideal and effective geometrical shape of the street network, in regard to the historical development of the towns in Slovakia, and facilitate feasible approaches taking into account its growth or regression in the following periods.  Defining the skeleton of the street network should be of substantial importance as it represents the core system for the urban public areas, in a variety of scales – from the conceptual one to micro scales while respecting the urban and architectural planning.