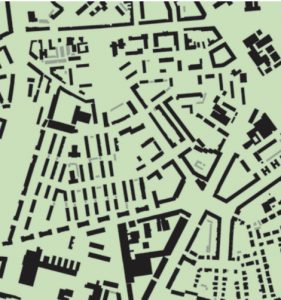 It has been observed that planning policies and design guidance in developed western countries significantly differ from the ones used in our country. This paper briefly explores the changes of urban form and public space in the course of 19th and 20th century following the evolvement of the theoretical approaches and practices of urban design, their impact on urban form and the public realm and subsequent theoretical and empirical research. This approach is used as a means of tracing the sources of current discursive notions from which stem the changes in legislative approach in these countries. The aim is to point out that these discursive notions could serve as a source of potential new guidelines in our country, because it appears that most of the development characteristics outlined correlate with those in our country, although there were time laps in the implementation and occurrence of some approaches as compared to western countries. Negative outcomes observed are similar as well. That leads us to believe that the urban design discourse as discussed in western countries needs to be further studied, because it might be a valuable resource of information for determining our future course of delivering sustainable cities and viable and cherished environments.