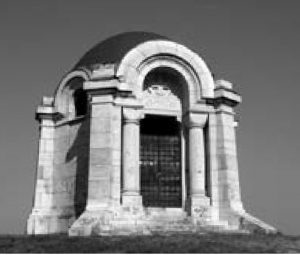 Architects and builders operating in the territory of the Austro-Hungarian Monarchy and its successor states in the late 19th and in the first decades of the 20th century represents a particular phenomenon of Central-European Historiography of Architecture. Research of their life and work is difficult due to the large territorial scope of their ‘opus’. Almost the entire Central Europe and also often other countries became a place of their activities. From this point of view, personality of builder and architect Michal Milan Harminc (1869 – 1964)- one of the doyen of Slovak architecture – is an interesting topic for research. He is known as an architect of two centuries, an excellent eclectic with a wide stylish and typological range of work. It combines the legacy of historical styles and impulses of Modernism and Functionalism. Impressive, nearly 300 completed buildings between years 1887 – 1951 existing on the territory of the former Austro-Hungarian Empire, then Czechoslovakia (now Slovak Republic) and in other successor states (Hungary, Serbia, Romania and also Ukraine) ranks he among the most productive architects not only in Slovakia, but also in Central Europe. Research of Slovak historians of architecture realised on soil of the Faculty of Architecture of Slovak Technical University in Bratislava within grant projects and monographical work recently brought several new findings about Harminc’s work in Slovakia. Early ‘Budapest’ phase of architect´s work also includes work in neighbouring countries. Potential cooperation on this topic particularly in the field of archival and local research represents an interesting contribution to the historiography of Central European architecture. Its aim is to increase the knowledge about the important personalities of past centuries architectural scene. Finally, they will serve as a basis for protection of architect´s key works from perspective of preservation of our and European heritage too.