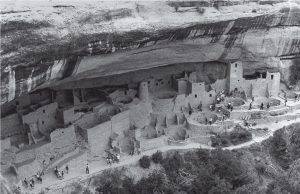 The word effectiveness/effective may be understood in architecture and urbanism in different ways. The effective urban structures then mainly present the effective use of energetic sources; in particular, the energy of the Sun, whether it is active or passive – through architecture. The urban structures based on this principle are called “solar.” In the foreign literature they are designated with a German term Solarer Städtebau or English term solar urban planning. Such approach to urbanism should not be considered the highest principle of creation, as urbanism, being part of territorial planning, has to be dealt with in a complex way. However, the common denominator is always the pursuit of optimal development of settlement structures, harmonious layout of territory, preservation of ecological balance and protection of cultural heritage with the aim to ensure sustainable development and life of man.

Man can be separated from nature, but nature is inseparable part of man. This idea has been around since the dawn of mankind when various religions taught people to respect nature. As man gradually discovers the rational essence of nature and stops fearing the unknown, man also loses the respect for the environment. Concerns about survival are replaced with the anthropocentric conception of society formation. We become the crucial factor in the cycle of life, and thus we determine directly or indirectly how the cycle of life will continue. It is the relative shortness of human life that limits man`s understanding and perception of the impact of man`s activity on the environment.

Therefore, it is very important to evaluate and respond carefully to all changes and signals of nature. They can be observed every day. The climate change, largely caused by the activity of man, not only results in the temperature increase but also in more frequent natural disasters. Media report of the increase of tropical storms, hurricanes, tornadoes. Secondary repercussion is migration and extinction of plant and animal species, shift in climatic zones and their food resources…

The waste of energetic sources may also be viewed as energy consumption on credit, time consumption – we take energy/time from future generations, possible result of which is a sharp rise in population and evident progress made mainly during the past century. After all, previous generations might also have grown, quantitatively as well as qualitatively, so rapidly or even more rapidly if they had been able to exploit raw materials as we are.

Recycling, using of renewable resources, fossil fuels saving, increasing of equipment efficiency, nature preservation or lifestyle change present a possible direction how to cope with the climate change, keep sustainable economic development, improve the quality of our life as well as the life of future generations. The continuous growth curve makes it for us difficult to imagine that it could be otherwise. Stagnation or decline are being replaced by the word progress. But at what price?