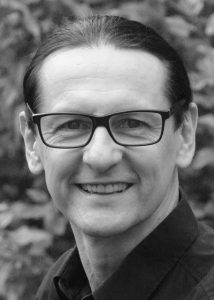 The time has finally come. Effective as from 1 January 2021, the ‘Nearly Zero-Energy Standard’ is applicable to all new buildings across Europe; that is at least what the Directive on Energy Performance of Buildings [1] stipulates. Although the moment had been known for over ten years, political implementation of the Directive in individual Member States has not yet been fully completed. ‘Nearly Zero-Energy Buildings’ are buildings with a very high energy performance achieved to a significant extent by energy from renewable sources.

The target of the new standard is set to be a reduction of climate-wrecking greenhouse gas emissions in the building industry at the national level. Particular responsibility lies with the building professionals, primary addressees being the architects, and experts in the appropriate related disciplines. These share the social responsibility and responsibility in terms of climate policy to develop and roll forward national, economic and sustainable solutions to increase the energy performance of buildings while reducing greenhouse gases. What a delightful mammoth task for us!

We should also be mindful of the aspects of execution and operation of buildings. In the end, it is the construction workers to whom we owe it that we can experience ‘Nearly Zero-Energy Buildings’ designed by us in an erected state.

Effective since the beginning of this year, the European Energy Standard is only an intermediate step towards a climate-neutral building industry. The life cycle of a building is an important aspect of which the ‘Nearly Zero-Energy Standard’ takes no respect. The role assumed by developers or users is a significant one which we might be able to influence positively during the planning stage.

The targets achieved so far at the European or national levels are not a reason to be satisfied. In only about half the Member States, the European Commission’s benchmarks of 2016 for ‘Nearly Zero-Energy Buildings’ were actually met. In the remaining Member States, the standard has been implemented with hesitation so far. A high-level evaluation of incomplete and interim data for 2020 suggests a decrease in the demand for energy due to the COVID-19 pandemic, so the energy performance targets of 2020 could still be met. But as it is driven by the pandemic, the situation is only temporary. In the future, a rebound in the energy demand to the pre-COVID-19 level has to be expected. Based on the consumption data for primary energy in 2018, twelve Member States miss the set targets for climate protection in 2020 due to the pandemic. These include Belgium, Bulgaria, Denmark, Germany, Ireland, Spain, France, Cyprus, Austria, Netherlands, Poland, and Sweden. By final energy consumption, countries such as Belgium, Bulgaria, Germany, Estonia, Ireland, France, Lithuania, Luxembourg, Hungary, Malta, Austria, Poland, Slovakia, Sweden, and the United Kingdom exceed the set goals. The remaining 27 Member States will need to significantly increase their efforts both at national and European level to reach the 2030 climate policy targets. [2]

This is mostly associated with difficulties in passing national legislation. In Germany, for example, weary and lengthy political discussions over the model of ‘Nearly Zero-Energy Buildings’ were the center of focus. At last, the new Building Energy Act 2020 took effect in Germany on 1 November 2020. However, this only consolidates several existing regulations to a new act of law. More ambitious energy targets in the building sector in Germany could not be politically accomplished. The yearly demand for primary energy is set to be the main criterion of the assessment method; requirements on the quality of the building envelope and the use of renewable energy are ranked second. In order to be able to comply with the ‘Nearly Zero-Energy Building’ standard for new public buildings applicable since 1 January 2019, the ‘Nearly Zero-Energy Building Standard’ 2016 was explicated retrospectively [3]. There is a German idiom, saying Shamed be who thinks evil of it.

In Slovakia, the Energy Performance of Buildings Directive has been incorporated into Slovak laws and regulations. All of these standards were transposed into the system of Slovak technical standards. Starting 1 January 2021, what is now energy class A0 is required to achieve the European Nearly Zero-Energy Building (nZEB) standard. Primary energy as the performance value is the global indicator. [4] The new energy standard is a particular success of the Slovak Republic against global warming.

Let us build far better than the Nearly Zero-Energy Standard requires. As building experts, we bear the social responsibility to offer economic solutions for sustainable and climate-neutral buildings in order to perform on the goals set in Europe by 2050 and to outperform them. Due to the long life cycle of buildings, our actions must be forward-looking before tomorrow.

Let us free ourselves from focusing on primary energy, even renewable energy is not available infinitely. The focus should rather be on energy performance of buildings, with additional equipment with active and passive energy-generating elements. A possible low demand for supplemental heating should be addressed with renewable sources of energy. These almost energy self-sufficient buildings offer a chance for a long life cycle. The lowest operation costs, high comfort achieved through hot surfaces of building elements, and a good indoor air quality speak for a long using phase of the building. In addition, a very low demand for energy gives a number of buildings access to renewable energy which can often be generated on-site or nearby. This is equally applicable in the segment of new development and renovation.

Architecture has the duty to counteract earth warming, so let us start immediately and with full commitment! I have lived in a nearly-zero passive house in Germany since 2001, it was the right decision.