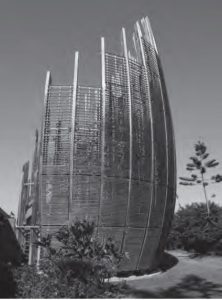 The primary objective of this article is to illustrate the basic characteristics of a new aesthetical paradigm in architecture by searching for, identifying and analyzing its attributes – those which are already embodied in the contemporary ecological architecture. The main tool for achieving this goal is the formulation of a working hypothesis of the ecological authenticity of architecture, which I have tried to verify by argumentation. The creation of this hypothesis has been evoked by the current discussion about ecological architecture. Its formulation is a result of a logical procedure. In this case we consider logic as a science of correct reasoning. Ecologically sustainable building could have a very specific architectural expression, which could be characterized as genuinely ecological.

Some important notes for the conclusion: