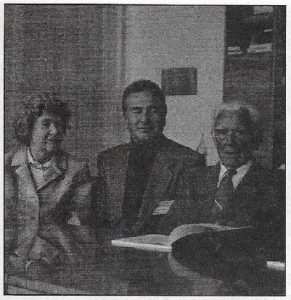 The author, professor of architecture at the university in Knoxville, Tennessee, USA, Peter Lizoň, is a disciple of Slovak architectonical schooling system. In his articles, the author summarizes contribution of the architect Vladimír Karfík to the development of the modern European architecture of the 20th century, with mention of his American experience in studios in Chicago and Taliesin at the end of 1920s. Return to America was a tribute to Professor Karfík who became an honorary member of AIA, at this ocassion made a lecture tour. Through his influence and position in American architectonical circles Professor Lizoň contributed to the “discovery” of Karfík and discovery of developed ideas od modern European architecture in the first half of the past century by American community of architects.