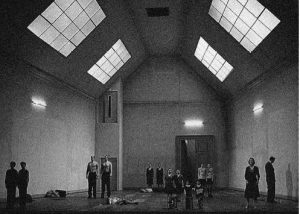 The stage design of social imitation: As a political artefact in central European music theatre in the second half of 20th century

SUMMARY Since the second half of the 20th century, theatre has started using rather different forms of its expression tools. Mainly in German theatre society, critics have started to use the term that refers to this new practice as “Regietheater“(director ́s theatre). These new directing tendencies in drama interpretation led to reinterpretation of plays by […]