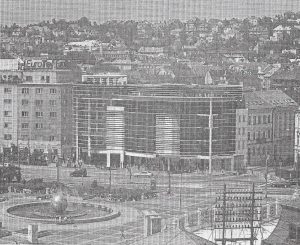 Hodžovo Square – a combination of representation and functionality