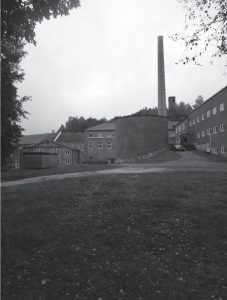 In the year of 1989, when the political regime changed in Slovakia, the conditions for formation of new cultural spaces changed, too. Before then, the state controlled the cultural life, and after 1989 private independent groups took the initiative. Adaptation of derelict industrial, sport and transport buildings become the most common way to respond to demand for new independent cultural spaces. The study describes this phenomenon on the example of a theatre which also serves as other cultural institutions (a gallery, a concert hall).

When buildings lose their indented typological function, they usually become a synthesis of multiple art forms and create a completely new institution – an independent cultural centre. The art forms which take place in such spaces have their own genuine characteristics – they are low-budget, they search for new forms of expression, they question dogmas and always try to improve. Relationship with an audience is very close, and such centres serve as important community hubs for local art within a neighbourhood.