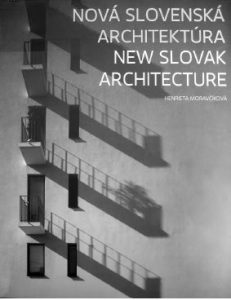 This time Henrieta Moravčíková is narrowing down her focus on Slovak architecture within the span of a single decade, between 2000 and 2010. It brings a much needed reawakening of the missing interest in self-reflection and critical analysis of architectural practice, an environment with otherwise limited potential for natural selection of quality (with scarce open competitions and periodicals fostering independent architectural critique). The current decade is being traced through 101 works. Given the standard of architectural practice in Slovakia, the framework of this project is quite courageous. For example, a similar publication covering 15 years titled Czech Austerity 1989-2004 (2004) by Rostislav Švácha has been built upon 50 works only. The mesage is, however, clear – there is Slovak architecture of the past ten years with capacity to measure up to Europe‘s best contemporary works. But not to lose the sharp distinction of the best.