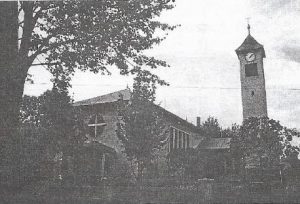 The author of this paper introduces the architect Belluš as a designer of sacral architecture. It is a difficult task to create sacral architecture. High quality sacral architecture can only be designed by a person with religious education and sensitivity. Prof. Belluš took for the first time part in the competition to build a protestant church in Trnava when he was 22 years old. In the following years he designed several feasibility studies for church or parish, which have never been built. In the post-war period Prof. Belluš designed two protestant churches for the settlers from Hungary that settled in Senec and Nesvady. The scale of the churches, their composition, emphasized by the soft greenery in the yards witness the respect of the architect Emil Belluš towards the environment of the village or town. His churches are designed with a spiritual dimension which has not yet been fully appreciated in his works.