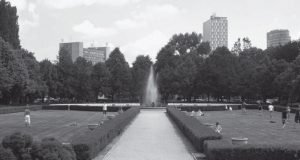 Greenery is considered one of the most important variables that positively affect the lives of people in cities. At present, in this context, the most discussed topics are such as the role and functions of green spaces, their perception, the role in offsetting climate changes and so on. Urban greenery is very often marginalized by local authorities, therefore the green areas are often perceived only as “undeveloped areas” suitable for construction. One of the ways to increase the “social status” of green areas is to try to quantify their financial value. Even though most of these benefits are non-tradable, there are still efforts to try to quantify them. This approach is in line with the trend of pragmatism in environmental policy, even if it is contrary to the multiplicity of values ​​of green areas. Economic evaluation of the functions and services of green areas is methodologically very difficult. So far there is no single tool that would be accepted in practice apart from its use in research activities and so the currently used approaches can be viewed as experimental. The paper presents some selected economic instruments which are already used in practice, or they could be used.