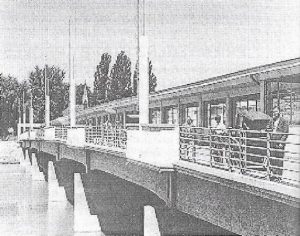 Prof. Emil Belluš was the first Slovak architect involved in the buildings of industry and production. Design in the area of industrial architecture became and important part of his life. His best designs in the branch of industrial architecture have been highly appreciated by the domestic and foreign professionals. The author of this paper reminds us of the architectural qualities of the Slovak smelting works Dinas in Banská Belá, designed in 1948-1950, opened to operation on 15 March 1953. This way the first and the most progressive plant of these times for the Slovak metallurgy and for export was built. At the end of his contribution, the author analyses the current stat in protection of precious buildings of industrial architecture in Slovakia and declares that in this area the concept is lacking which treathens the physical existence of the significant material evidence of the industrial revolution on our territory.