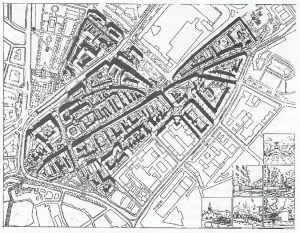 New mass in a historical environment

Premises of the dynamite Nobel factory in Bratislava Ing. arch. Nina Bartošová, PhD. Since its establishment, the premises of a large-scale chemical works in Bratislava — Nové Mesto, has gone through an intricate development. They grew upon foundations of an explosives factory, founded by the eminent Swedish scientist Alfred Nobel in 1873. During the World War […]