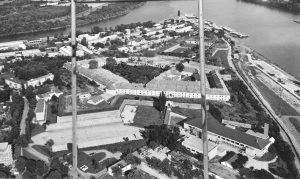 When evaluating the quality of urban structure and especially urban spaces, urban planners and landscape architects observe the following aspects: location, type of urban space, its importance, aesthetic character of the place, functional use, but also accessibility, spatial orientation, its historical and cultural values. An important psychological aspect that needs to be taken into account is the perception of urban and landscape structure. Genius Loci (Spirit of the city) is not a new phenomenon, but in the time of globalization and the transfer of model solutions that are implanted in the urban structure without any consideration for the context and peculiarities of the locality, its importance and value have increased.

Several foreign and domestic authors have explored the issue of the genius of loci in their theoretical works. Christian Norberg Schulz, Kevin Lynch and Christopher Day are among the pioneers who have consistently developed this theory. Rem Koolhass also addresses the issue of the city’s image in his article Generic City. There are also Alain Theirstein and Agnes Főrster who have examined and evaluated it in various contexts, strategies and levels, from region through city and to its parts. In Slovakia, Silvia Bašová focuses on the image of a city and its parts, while Ľubica Vitková studies the topic of genius loci or the image of a city, especially in relation to public spaces. The importance of the genius loci in landscape creation has been assessed by A. Dobrucká. The individual regions, landscape and cities that make it up make the genius loci special. The character of the territory and place thus defines its uniqueness that distinguishes it from other regions and settlements. In this context, Christian Norberg Schulz’s monography “Genius loci” (Norberg-Schulz, 1981) is a pioneering work: “Space is certainly not a new concept in architectural theory. But space can mean a lot.”

The purpose of this research was to examine a settlement as an object that is largely defined by natural conditions. In the process of its development, the settlement structure closed or opened to the outer wild nature, it grew and acquired a character influenced by the natural conditions of the given place. This is also reflected in the person’s relationship to the place. The basic preconditions, which are orientation and identification, help to anchor a person in the world and in space. These terms are mentioned by Schulz, but Kevin Lynch uses them too. Orientation is a natural need of man, part of his existential anchor. A structured, clearly legible space in which points of orientation such as path, boundary, node, area and landmark can be defined as something that, “… gives the individual a choice and is the starting point for obtaining further information”. In the context of Schulz’s approach, “identifying” means “making friends” with a certain space.

The aim of our paper was to evaluate the identity, genius loci (spirit of the city) of the selected Komárno settlement in the Danube region using two presented methodologies: the methodology of landscape evaluation as described by Schulz and the methodology of evaluation of urban structures used in Lynch’s theory.

The first methodology helped us to find the starting points (basics of the current structure) and to define them correctly; determine the relationship of the settlement to local and global landscape structures, its openness to the surrounding country. Lynch’s methodology helped us identify the strengths and weaknesses of the urban structure. The analyses carried out on the basis of the above-mentioned evaluation have revealed the potential of individual locations of the settlement and made it possible to determine the basic building elements (natural and urban-architectural) and their parameters to strengthen the genius loci—a harmonious and sustainable urban structure of the 21st century.

The indicators, on the basis of which the evaluation was carried out, simultaneously reflect socio-economic as well as environmental processes, both the ongoing and the past ones. This evaluation, which focuses on the qualitative assessment of urban and natural structures, and in particular on their mutual synergy, can help to better understand the potential of one’s dwelling and the specificities that should be developed. Improving the urban space by strengthening the positive factors and eliminating the problematic areas indicated by the indicators will help contribute to the sustainable development of the settlement, thanks to its greater economic and social viability, thanks to its attractiveness, both for visitors and residents themselves.