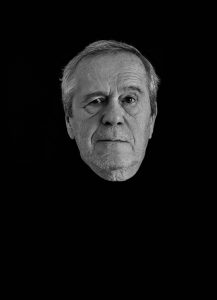 At the start of new year and new issue of our journal, a bit of moralizing seems to be in order. Our age is subject to constant analysis. We evaluate our world either globally or with some degree of segmentation, and can view the situation through a variety of filters. The approaches and analytical aids are inexhaustible. We assess people through Dunning-Kruger Effect, or apply the Overton window to politicians… Even without resorting to dogma, we can take the liberty of claiming all current problems are anchored mostly if not entirely in ethics. To define it in negative terms, all around us we now find the intolerable terms post-truth, post-facts, and alternative facts… and those who use them actively are plainly suffering from a deficit of morals. Ethics as a philosophical discipline sooner or later will come to terms with the value relationship between what is true, what is good, and what is beautiful.

These three dimensions are familiar to architects, partly because of the classical Vitruvian Triad. Beauty has shown itself to be the substance of sustainability per se. Beauty is subject to the natural traps of history, showing it has some Darwinian resilience and easily taking on Bregman’s thesis of survival of the friendliest. Truth and goodness have had a harder time of it through history. We call architecture truthful when it reflects the spirit of the age in which it originated. What is good is often relativized to that which properly functions. There is peril in the still-surviving opinion that our value triad is to be legitimized by majority opinion. We will not here repeat the indispensability of ongoing discussion. Yet we will allow ourselves the statement that life values ought to be cultivated in all spheres, from culture to politics. Our journal is a medium in which we caress architecture with texts: analytically, descriptively, and where possible poetically as well.

Today, the most-used adjective in architecture is sustainability. This term has come to be narrowed to its environmental aspect. We now speak of the beauty of sustainable architecture practically as added value. There is also a problem with truth. For instance, the term ‘nearly zero standard’ is extremely misleading. Architecture that has this attribute is far from zero energy consumption; in this sense the term ‘nearly’ is applied very generously. Sustainability is good, and should be true, and architecture beautiful. Cheap greenwashing is a scam, lying to oneself. The imaginary scissors-blade spread between described fact and verbal description is too often very wide indeed.

It is easy to find truth in the past, and truth dissolves completely in the future. Probing the past, and writing about it, is to a significant degree a game of certainty, with rather flat amplitude of uncertainty. To write how things ought to be locks in our idea of architecture at least for its calculated lifetime, in the hope that it will survive longer thanks to its beauty. Writing brings an increasing risk of losing the connection between words and their content. Easy writing may yield difficulty in reading. Writing is an individual endeavour, authorship can be shared, and publishing is a collective act. Money and material things have no morals, only the people that work with them do. If an effective ethical concept, or at least a mechanism of correctives, is lacking, the result is a cubature of capital with superficial and shallow marks of architecture. We sometimes entangle ourselves in this process through writing. Influential criticism can be very cheap.

Ethics are implicit in architecture’s transcendental overlays; we have to bring materiality to it. A positive amazement at architecture directly addresses our inner world of moral values. We get the feeling ‘that’s unbelievable’ as we stand under the Pantheon’s dome, in Gothic cathedrals, and even in Calatrava’s World Trade Center Transportation Hub. On the other hand we can be amazed by uncommon humility and unpretentiousness, by an architect’s ability to endow things and spaces with a second life. ‘Internet of things’ is now a known phrase; now let us bring into the world a ‘moral of things’. We tend to relativize what is true and good down to success and usefulness; can it be useful to demolish the old and build the new, even if it is not moral? Ethics of circular urban design may be the way forward to the future look of architecture and the city. We can perceive architecture and the architect as a mediator between nature and culture. This was elegantly expressed by Oscar Wilde in 1889 in the book The Decay of Lying:

‘If Nature had been comfortable, mankind would never have invented architecture, and I prefer houses to the open air. In a house we all feel of the proper proportions. Everything is subordinated to us, fashioned for our use and our pleasure.’

The architect translates into the language of culture the story of climate, forests, stone, and rivers… In the best case, very little is ‘lost in translation’. Nature creates stories in its own language, and the architect’s language translates them into stories of architecture and agglomerations. The development of humankind is accompanied by an exchange of resources between nature and culture. For ages, culture was a ‘pure recipient’, later a majority recipient, and only now does human production of materials exceed nature’s biological production. The issue of reverse motion is ever greater, as nature has come to be the receiver in the cycle of culture’s by-products. The cause may lie in inadequate knowledge of the language of nature, people; for our part, architects are behaving towards nature like Google Translator back in its earliest days. In linguistic communication between nature and culture, we find ourselves in the science/poetry range. Nature’s poetic language must be not just translated, but more importantly transformed into the language of culture, and at this many architects have been succeeding. Even the slightest probing reveals dialects and subtle linguistic nuances.

The mediation comes with a shaping of lifestyle. If we as people are generally able to program our future, we architects also need to decrease the amplitude between nature’s capacity potential and the needs and desires of those anchored in the area of culture. Of course in the broad sense, in culture we subsume technology too. Described and describer grow more distant, and words more cheap. In architecture, beauty is sought as majority opinion, or as influential opinion that can also be subdued by an enchantment with success. The pop culture mechanism can kill architecture. Meanings dissolve in instant architectural concoctions. What is beautiful, good, and true have been relativized by what is successful, leaving aside the discussion of whether ours is a neoliberal architecture. Let us leave general thinking of this sort for consideration in other texts, and look now at the articles in this journal issue. Our authors will take you on a journey along the quest for truth, discovery of beauty, and empowering of the good. All the pieces to some extent and in a certain sense touch on these general theses, and to a certain degree offer a way to new ethical concepts and correctives in our work. Writing is a search for truth, where we formulate results of research and devote consideration to how the text should look.

In the article Alpine huts: Architectural innovations and development in the High Tatras until the first half of the 20th century, Mária Novotná comes into direct confrontation with how nature grows into architecture, or how they grow into one another; she writes at the margins of local protoarchitecture, shaped ad hoc from in situ material. The limits of the cultural inputs here were set particularly by the energy potential of transporting material. The article opens the question of whether mountain architecture in Slovakia created an autochthonous typology.

The text by Natália Filová, Lea Rollová and Zuzana Čerešňová, Route options in inclusive museums: Case studies from Central Europe, outlines the language a museum speaks to its guests. Visitors need some orientation, and to grasp the ‘museum’s story’. For the child visitor, the museum journey is an educational activity, supplementing and perhaps to some degree substituting the role of the school. The museum translates the language of history into the future, because the present as presented in words here and now is in fact indefinable.

In their research, Tomáš Hubinský and Ján Legény work from the thesis that cities are the crowning phase of culture’s spinning off from nature. It is in cities and on their example that we can read how humans have transformed natural conditions into their own cultural expressions or creations. We take the opinion that a city is not just a problem, but quite particularly a solution. In the article Microclimatic factors in urban development: The setup of an environmental observatory at the FAD STU, the authors fashion the fine thread between the two worlds of Professor Snow, utilizing the quote of Ernest Rutherford’s, considered the father of nuclear physics and the scientist who established the nuclear structure of the atom: ‘All science is either physics or stamp collecting’. In essence, they put forward the question of whether the city ought to accommodate to the changing climate situation or should itself limit its negative impacts. Optimally, cities will contribute to stabilizing the state of things globally if their positive influences stretch beyond their boundaries. The physical measurement methods and partial results are meant to be extrapolated to creating public spaces and urban segments: physics coming together with urban architecture.

The present climate situation is advancing the nature-culture dialogue to a new level. Humans alter the earth’s surface through agriculture, forestry, transport, and construction. Current data shows that humanity has modified almost 15% of all dry land, with urban aggregations alone representing 3% of land surface. This seems a small number, but once we visualize it we find human settlements have carved off a considerable piece of land surface. Some of these surfaces we have filched from nature, while others we have politely requested, with commensurate outcomes to each approach. In a variety of synergies, local impulses manifest globally. The terms mitigation and adaptation to climate change have worked their way into the vocabulary of urbanism. Moderation and reduction of human activity’s impact will, in the best case, be a lengthy process. In the near term, we need to react quickly and adapt to the changes, both those that have happened and those anticipated. In their article The impacts of climate change on urban structures in Slovak cities: Identifying vulnerable urban structures, the authors Miroslava Kamenská and Katarína Smatanová present preliminary findings from their research on resilience of selected small towns in Slovakia to heat waves and floods. The aforementioned nature-culture dialogue is growing ever more dramatic, and we as people must, so to speak, use diplomatic arguments, sometimes even asking nature’s pardon.

Theatre is a phenomenon founded on linguistic and visual communication. Since its origins, theatre has become a typological category of architecture. Firmly established forms have constantly been accompanied by detours into what is alternative and experimental. Experimentation is at present an independent line, albeit hard to grasp, as experimenting initiates a journey with an unknown conclusion. In the article Pop-up architecture as a tool for popularizing theatre: Prototype No. 1 the authors Kristína Boháčová and Alexander Schleicher attempt to frame an experiment by appraising the current state of theatres, and are motivated by seeking support for establishing a setting through its alternatives. Their pop-up experimental building creates, for dramaturges yet unknown, space for a Talebian black swan.

Overlays between nature and architecture, with ethics as mediator, will in our conviction be one of the decisive ways we shape the future.