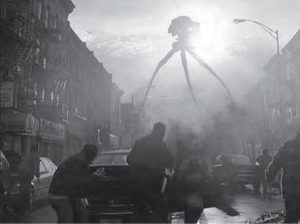 Based on our preliminary research on the topic, this article presents some possibilities of particular theoretical approaches to the problem of architecture and urbanism in totalitarian and authoritarian regimes.

First section briefly introduces the view on development of architecture and urbanism as a process with complex inner dynamics influenced by universal ideas of modernist development. Based on Michel’s Foucault’s concept of Biopower, the link between rationalization and development of knowledge in modern states is suggested as well as a tendency towards spatial distribution of social and power relationships. The text then deals with the description of Lefebvre’s idea of space as a social product. In his theory, architectural (spatial) practices become socio-spatial phenomena dialectically determining social relations.

Second section clarifies a few terms used in urban landscaping which are influenced by social conflict. The urbicide concept is the key one here, i.e. planned assault that targets constructed environment. Destruction of given landscape is imposed by the side of power on a powerless group and is followed by its reshaping in favour of the former. Urbicide can be distinguished from genocide as a systematic attempt for destruction of a possible alien existence rather than an alien existence itself.

The third section thus suggests a hypothesis that the processes of urbanization and construction facilitated by totalitarian and authoritarian regimes in Slovakia bore distinctive features of urbicide.