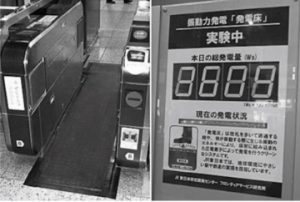 Cities originate from more simple settlements. Before the city, there was a hamlet and a shrine and a village; before the village, a camp, a cache, a cave. As the food producer, the village is closely linked with the city. However, the city concentrates more complex energy-exploitative human activities such as industry, transport, but also education, innovation or culture. Each creation is energy. In terms of supply, the city lives at the expense of its surrounding – energy for consumption (converted into higher value), be it electricity, heat sources, but also food or fuel; and construction materials are transported to the intensively growing urban areas. The increasing rate of growth of human population is also highly obvious in cities. In regard to all these aspects, the image of the city has been formed as a large energy consumer.

There are plenty of shining examples of foreign cities responding to their increasing energy demand for renewable sources. The energy conservation measures, except for thermal insulation of buildings, are being implemented in our environment – cities very slowly and still remain mainly at the level of theory and research. The change of current urban paradigm is adopted by detecting the potential of the city to use renewable energy sources. One can speak of two strategies – energy cooperativeness of urban structures and a production of energy effective urban structures based on solar access principle. Ideally, cities will become energy-independent from non-renewable energy resources. Such situation can be at least reasonably expected in urban fragments. The energy dependence rate will decrease within the progressive development of a city as a whole.

Town planning will acquire a new quality – there appears a new aesthetic of building shapes and urban structures generated under criterion of optimally inclined solar surfaces. The solar potential of urban structures is characterized by two proposed urban indicators – a solar index and a cooperative indicator. Intensifying of the solar energy use within the urban structures can transform the “traditional” city into the green, intelligent and sustainable settlement. Solar roadways, solar parking lots and piezoelectric floor systems generating electricity are new achievements of the high technology. The solar town planning including the solar cadastre of the city can provide a new principle in urban regulation represented by a new aesthetic paradigm. Shall we codify it or modify it?