SUMMARY Today the plan called Istrochem previously known as the Chemical Plant of Juraj Dimitrov, located in north-east part of the city of Bratislava known as The New City, has overcome a complicated development since its establishment. Apart from the production plant, the former dynamite and other explosives producing factory, based in 1873 by a […] 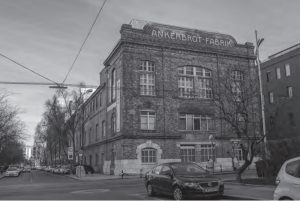 SUMMARY Protection of industrial heritage is difficult even in the countries which have not undergone such a complex political-economic and social change with an impact on ownership status and historical continuity as we have witnessed in Slovakia. In the reappearing situations, when we are confronted with an inability of our society to safeguard the valuable […]