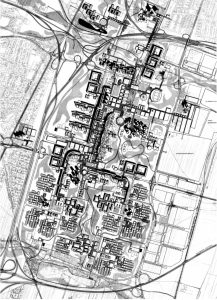 SUMMARY The author of this study analyses the work of three architects – urban planners: Tibor Alexy, Ján Kavan and Filip Trnkus , in context of their time. She points out the significant impact of their work determining the research, education and design work in the field of urban planning. It also presents their international importance […] 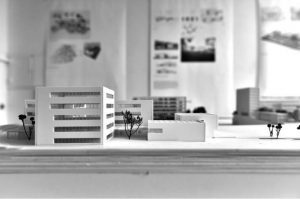 What will be the future SAS campus like? History and perspectives of urban and architectural development of the campus of the Slovak Academy of Sciences in Bratislava

SUMMARY The campus of the Slovak Academy of Sciences in Bratislava is one of the oldest modern campuses in the city, which still remains its original function. During the 20th century, its urban and architectural plans were designed by the best Slovak architects. The primary construction of the campus was divided into three main stages: […]

Urbanism and zoning in the former Eastern Bloc countries have been in a state of crisis since the end of the 20th century. This is associated, on the one hand, with a change on the state level, when the market economy replaced the socialist state-planned economy and, on the other, it is connected with the […] 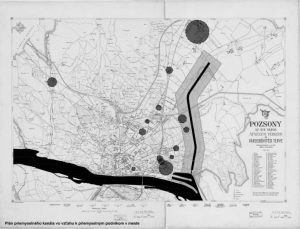 Bratislava, (un)planned city: Notes on the study and interpretation of the history of city planning and construction

SUMMARY In Slovakia, after 1989, there were dramatic changes in the field of town-planning, which were conditioned by the change in social conditions, but also by the change of paradigm in the field of planning and regulation of construction in the city. Practically in the whole of Czechoslovakia, this meant a rejection of modernist urban […] 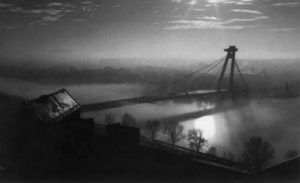 Slovakia, or what could be the meaning of the architectural periphery?

SUMMARY In words of art historian Ján Bakoš Slovakia is characterized as a “crossroad of cultures” whose particularity lays in “the sharp clashes of intense but evanescent impulses on the one hand and long-lasting up to conservative traditions” on the other hand[1]. Remelting of the “evanescent impulses“ to the form acceptable by the domestic environment, […]