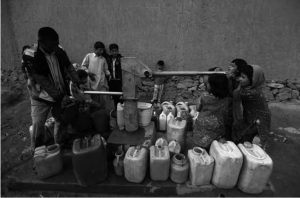 The rapid growth of urbanization has become chaling for research for most countries in world. Although the theme of urbanization is new in Afghanistan, but lately this sector is attracted to national and international entities in Afghanistan. This is considered to be one of the biggest obstacles that hinder achieving a sustainable future development, and also prevents the implementation of the city’s future master plan. As a result many of social, physical and economic problems are found, of which the creation of informal settlements is the prime example. Informality of urban fabric is common subject in all developing countries. It is argued broadly throughout academic and research articles show that informal settlements created by the poor or established due to inappropriate planning system and policies. The fast pace of informal urban areas are now home for large number of people throughout the world in developing countries. In the case of Kabul, the capital city of Afghanistan, informal settlements makes up 80% of the total city population. In this paper, analyzed informal settlements in Kabul and describe the specific recommendations relating to principies of  development, infrastructure and with emphasize on property rights.