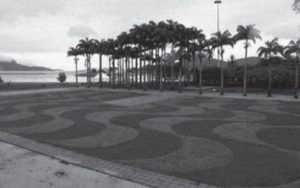 The article deals with the development of urban parks, from the turn of the 18th and 19th centuries up to present, and it tries to type the approaches in the contemporary park design in Europe.

Park and garden design reflected the progress in architecture and art; their forms and functions were influenced by geographical, industrial and social conditions during the time. Gardens were first to become objects of aesthetic interpretation and an inspiration for park design.

The opening up of private gardens to the public was the first step on the way to the establishing of public parks and gardens. Later, the necessity for public parks and communal orchards for the entire public appeared. Public parks were created on the sites with suitable conditions – past gardens, closed down grave yards, old town fortifications, but also at woodlands on the settlement edges, game hunting grounds and farmland. Public parks followed the patterns of those in England and Germany as an English natural and landscape park. The picturesque theory and practice of Humphry Repton during the 19th century, was later on modified by landscape architects like Joseph Paxton, who spread Repton’s vision among the general public via his design of public parks; next J. C. Adolph Alphand with his dramatic topography and planting of parks in Paris; as well as Calvert Vau and Frederic Law Olmsted, who further developed concepts of extensive parks.

However, the first place in starting public parks in central Europe belongs to Bratislava. The Janko Kráľ Park was created between 1774 – 1776 in the Baroque Classicism style, and since then it has undergone many design changes.

Many personalities and movements have contributed to the development of urban parks. American landscape school brought in a new concept of ´landscape urbanism´ space in the Central Park in New York; German landscape school with its concept of a community park of Volkspark; Scandinavian school via the new structure of urban parks in Stockholm. By designing Park Güel in Barcelona, Anthoni Gaudi contributed to the development of form with only one work, but really significant one. His original design contained new constructional ideas and building components, as well as the planting of local plant species. A unique approach of a painter, sculptor and a botanist was that of the Brazilian Roberto Burle Marx who matched his landscape frame of abstract compositions with that of architectural modernism. The Amsterdamse Bos park in Amsterdam is an influential pioneer of ecological design and of the modern park design – where many landscape elements were based on scientific analyses, and spatial design comes from abstract schemes.

During the functionalism and modernism periods, the parks were based on the knowledge of natural laws, nature elements and balanced relation between the man and the nature. At the end of 20th century, abstract modernism was on the decline. Function, which determined the primary form, became less important and an expressive form become more significant. Ecological trends influenced the importance of natural environment protection; however, many authors preferred the art in new, post-abstract form.

Currently, the landscape design is pluralistic, employing diverse sources and disciplines. This is reflected in varied creative approaches and diverse forms of current parks. Parks which were designed abroad feature high creative invention, generous concepts and individual internal philosophy. The Parc de la Villete is one of the first public parks containing postmodern ideas. Since then, many parks have been created in the countries where focus of attention is on so called ´green projects´.

The article presents examples of park visits in France, Spain, Sweden and Germany. In each country, the garden design followed its individual approach, taking into consideration its individual historical development. The selection of parks covers varied approaches in garden planning. The conclusion of the article tries to sort out approaches in the design and draw an attention to the unfavourable situation of Slovak parks.