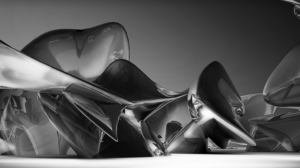 Our aim to lead a dialogue on nonconformist procedures for parametric design with targeted use of the power of the computer and sophisticated scripting techniques with the use of a computer algorithm, respectively a code, as a symbol of the culture of ALGORITHMIC ARCHITECTURE (ALGO-tecture). A computer algorithm is therefore our recipe for a creation whose actions serve to achieve formulations for the non-conform thinking of allowing problems to move human thought beyond their borders. No accident or coincidence, but a computer code capable, by means of the architect, to selectively control architectural morphology in the area. Algo-tecure is the product of smart text as a readable computer essay written by human hands forming conclusions in space. The programmed logic of computing in architecture describes the modulation of architectural body as liquid urban fields, or continuously swaying figures, which doesn’t characterize dissolution of order (chaos), but created complex mathematical repetition, layering of information and analysis.